All of the air which feeds the organ is produced by a 10 horsepower blower made by the Spencer Turbine Company of Hartford, CT.  The pressurized air is transmitted through large ducts to various regulators which can be seen near the floor of the organ chambers. These regulate the static pressure from the blower down to pressures which the pipes require to speak.  The larger regulators feed several sets of pipes, the smaller ones generally only feed one set of pipes.

The picture below was taken under the wind-chests in our main chamber.  The objects with the springs are two of the regulators and the wooden boxes in the foreground with the holes in the tops are tremulants.
More on the sounds you hear> 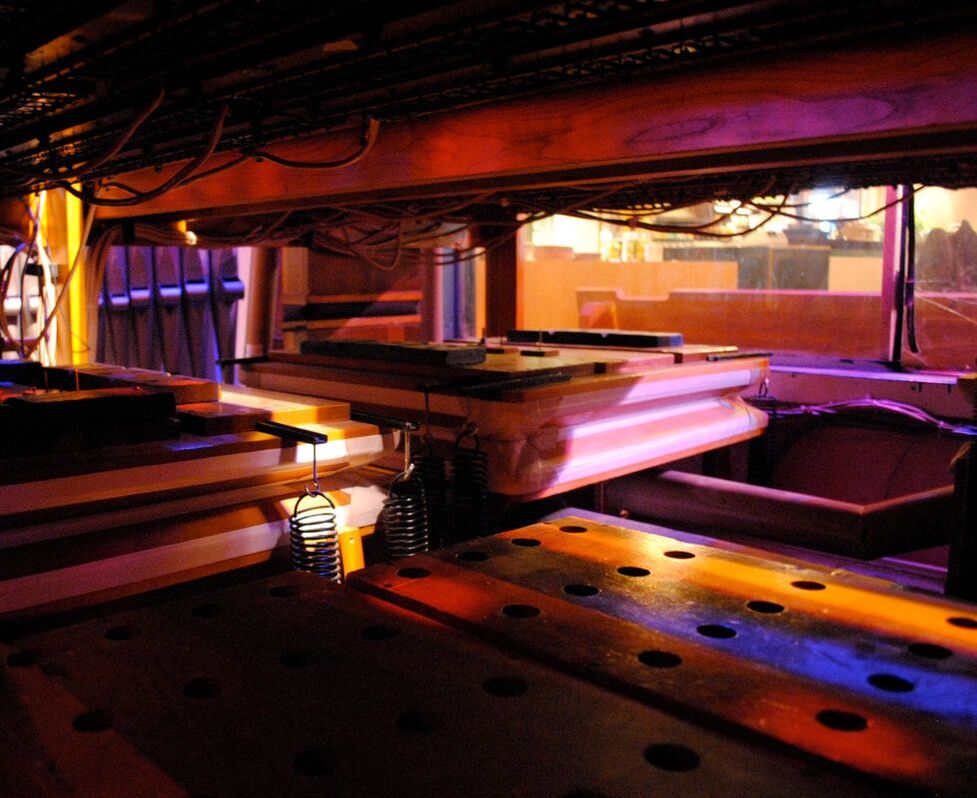