he console is the control center of the organ, in theaters this was the only part of the organ that was actually visible to the audience.  Our Wurlitzer console was built in 1929 for the Seneca Theater in Buffalo, NY.  It has had several homes since then, most recently the Avalon Theater in Milwaukee.

The rows of multi-colored tabs are called Stops, these turn on ranks of pipes in the chambers.  The colors are: red for reed and brass sounds; yellow for string sounds; white for flutes, diapasons, and percussion; and black for coupling one keyboard to another.  The organists can pre-select combinations of these stops, which can be recalled at the push of a button.  Also controlled from the console are buttons, pedals, and switches for various sound effects (bird whistles, sirens, door bells, etc.), and theatrical lighting effects.

With a Grand Total of 584 controls at the organists' fingertips (or feet!)


​The Wind System:
All of the air which feeds the organ is produced by a 10 horsepower blower made by the Spencer Turbine Company of Hartford, CT.  The pressurized air is transmitted through large ducts to various regulators which can be seen near the floor of the organ chambers. These regulate the static pressure from the blower down to pressures which the pipes require to speak.  The larger regulators feed several sets of pipes, the smaller ones generally only feed one set of pipes.

The picture below was taken under the wind-chests in our main chamber.  The objects with the springs are two of the regulators and the wooden boxes in the foreground with the holes in the tops are tremulants.

Read more about the Wind System > 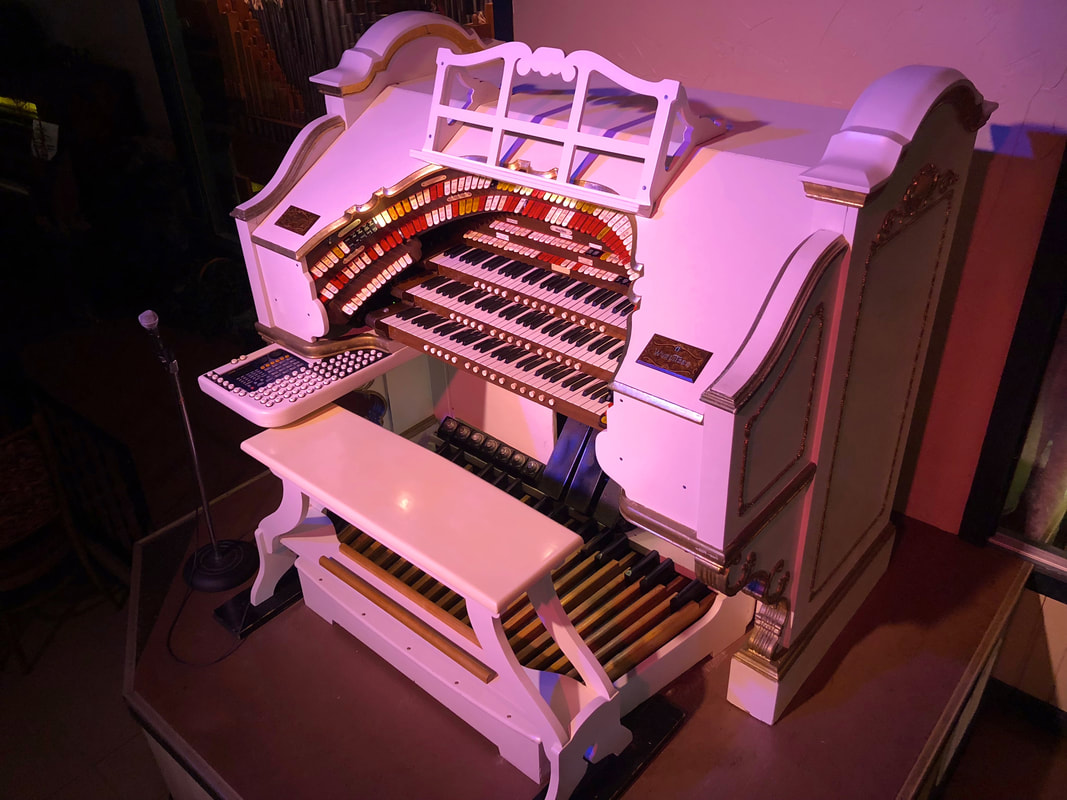